When to start talking money with kids 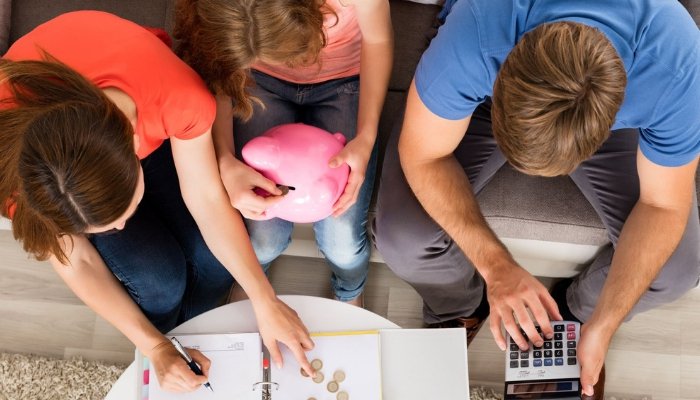 When to start talking money with kids

Aussies may have a natural reserve when it comes to talking money. But as parents, teaching our kids to be financially aware and responsible takes more than a few quick lessons about money and the opportunities and pitfalls it can create.

Teaching opportunities will come and go as our children grow. If you’re a relaxed sort of money parent, then maybe you’re happy to freestyle and just take these chances as they come. But if you’re keen to create teaching moments by design, it can help to know what other people do and when are the best windows in your child’s development to introduce new financial concepts.

In 2018, 1000 Australian parents were surveyed about how they teach their kids about money for the Share the Dream report. Results show that half of parents are talking to their kids regularly about money and almost three-quarters of kids (72%) are getting pocket money, an important tool for teaching kids about saving and spending money. The age group most likely to be getting pocket money are 9-13 year olds (80%) and if you’re aged 4-8 years you’re less likely to receive any (65%).

But according to a Cambridge University research study from 2013, parents could be missing a trick if they’re waiting until kids turn nine to start pocket money. Their findings suggest that by the age of seven, kids have already acquired the mindsets that will direct their money habits in adulthood. Not only that, but they’re also capable of grasping the fundamentals of how money works at this age. They understand that money can be exchanged for goods and that you need to earn it first.

Dr David Whitebread, co-author of the study, encourages parents and educators to get on the front foot when it comes to helping kids learn good money habits early on.

"“The ‘habits of mind’ which influence the ways children approach complex problems and decisions, including financial ones, are largely determined in the first few years of life,” says Dr Whitebread."

“Early experiences provided by parents, caregivers and teachers which support children in learning how to plan ahead, in being reflective in their thinking and in being able to regulate their emotions can make a huge difference in promoting beneficial financial behaviour.”

As well as starting money lessons early, stats from the Share the Dream report also suggest that money talk from parents needs to be covering more ground. Many parents are definitely covering off the basics, with the majority of parents (52%) having talked with kids about spending and saving in the last six months. On the other hand, talking about cashless payments with kids is far less common. Only 19% of parents have spoken about online transactions in the same period, and the numbers discussing in-app purchases (13%) and Afterpay (5%) are smaller still.

The study also shows that there may be advantages to being more forthcoming about ‘invisible’ money transactions with our kids. Across all age groups 38% of parents are reporting that their kids have a preference for online purchases. For the teenagers in the 14-18 group, this figure rises to nearly half (47%). If kids are to be prepared for their online shopping experiences, it makes sense to be having these discussions as they begin to transact online.

Make it open and honest

Talking money with our kids can make us feel uncomfortable and this is a trend that was also revealed in the Share the Dream survey. 68% of parents sometimes feel reluctant to talk about money with their children and in the majority of cases (32%), it’s because they don’t want their kids to worry about it. And 19% of parents say they don’t feel good enough about their own financial situation to discuss it as a family.

While financial stresses can be very real to you, there may be a way for you to help your kids learn from your own ups and downs with money without causing them concern. In fact, the ‘Engager’ parent profile identified in our survey shows that having more family discussions about money can lead to their kids being more curious, confident and financially literate. Engagers are least reluctant to talk to their kids about money and it seems their honest approach is leading to more positive habits among their children, 56% of whom are likely to have a job, compared with the survey average of 44%.

Prev
6 ways to navigate your finances in your 40s
Next