Federal Government assistance for those severely affected by the Bushfires 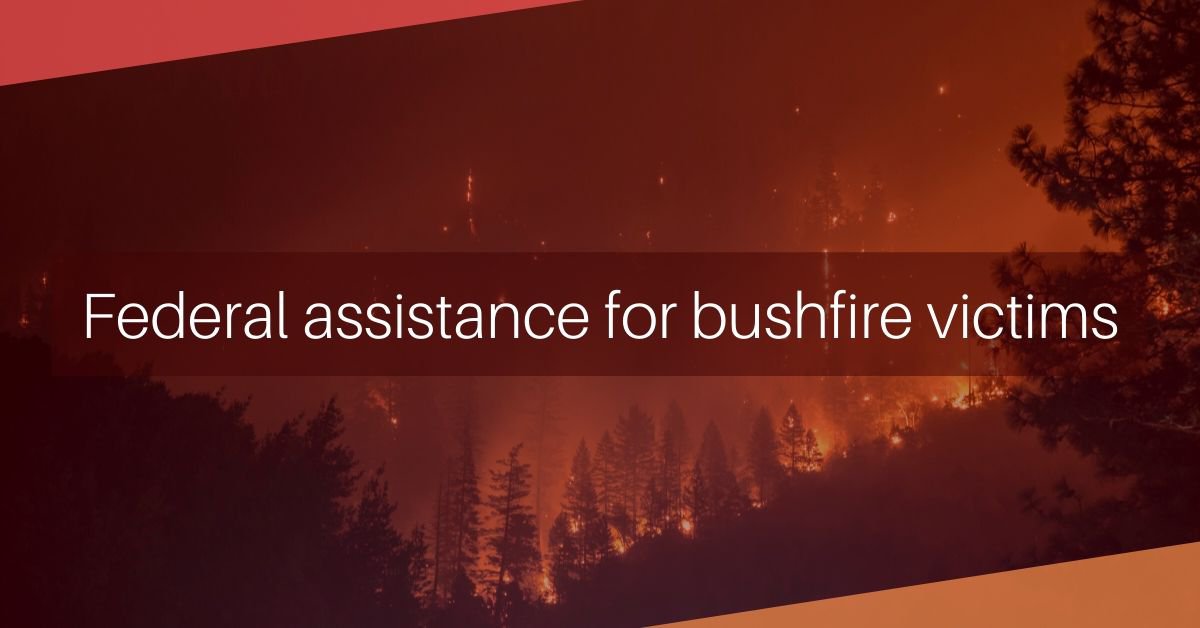 If you live or operate your business in a fire-affected area, there is help available.

The federal government is providing two forms of financial assistance to individuals severely affected by this season’s bushfires. The first is a one-off payment of $400 for children and $1000 for adults.

Known as the Australian Government Disaster Recovery Payment, it is available for Australian residents who have been adversely affected by the fires such as:

To be eligible for this one-off payment you must:

The second form of federal assistance is an ongoing, tax-exempt allowance for individuals who have lost income as a direct result of the bushfires.

Australian residents who work in an affected local government area (LGA) and earn less than the income threshold can claim the allowance for a maximum of 13 weeks.

While the amount paid varies according to an individual’s income, the maximum payment rate is equivalent to Newstart.

For further information about these payments visit www.disasterassist.gov.au or call Centrelink Disaster Assistance on 180 22 66.

What's next for Brexit