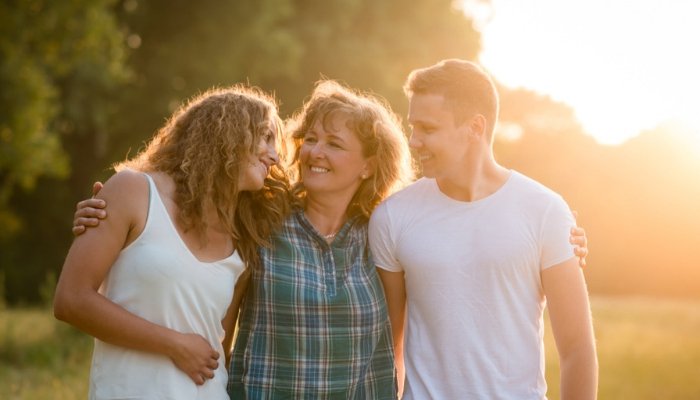 Your kid may not have listened to anything you've said over the past umpteen years, however, now they’ve landed their first full-time job, there’s a possibility that could change.

With that in mind, here are some things you may want to cover off with them (which you could also text to them using shorter bullet points, or screenshot and tag them.

Your kid will need to give their bank account details to their employer if they want to get paid, so this will no doubt be high on their list of things to do.

On top of that, they’ll need to provide their tax file number as well, because if they don’t, they may end up paying a lot more tax on the income they earn.

If your child needs a tax file number, they can contact the Australian Taxation Office (ATO) about applying for one.

2.    Whether you can choose your super fund

Super is money set aside during your kid’s working life to support them in retirement. It’s deposited into a fund, where it’s invested to potentially earn interest and grow over time.

There are things they’ll need to consider though, such as any fees they might pay, how the fund performs and their super investment preferences.

In addition, super funds generally offer a few types of insurance cover as well, which your kid can pay for using their super money, so it’s worth them looking into whether it's something they want.

3.    What tax you’re going to pay on the income you earn

Your kid may not be pleased, but they’ll have to pay income tax on every dollar over $18,200 that they earn. And, on top of that, many taxpayers are also charged a Medicare levy of 2%.

The amount of tax they pay will depend on how much they earn. You might also want to point out that if they’re lucky enough to receive an annual bonus, they’ll also pay tax on this (yes, we know, life isn’t fair).

4.    What tax you can claim back when tax time rolls around

If your kid spends some of their own money on work-related expenses (work uniforms, safety equipment, or travel costs to attend training for instance), there is some good news. At the end of the financial year, they may be able to claim some of this money back when they do their tax return.

Remind them that they’ll need to have a record of these expenses, such as receipts, but in some instances if the total amount they’re claiming is $300 or less, they may not need receipts.

Meanwhile, if their expenses are for both work and personal use, they’ll only be able to claim a deduction for the work-related portion. Perhaps point your kid to the myDeductions tool in the ATO app to save records throughout the year, so they don’t have a bag full of receipts to go through.

Meanwhile, tell them if they’re lodging their own tax return, that they have until 31 October to lodge it each year, or maybe longer if they would prefer to use a tax agent.

5.    What’s in your contract and what you’re entitled to

An employment contract (which can be in writing or verbal) is an agreement between your kid and their employer which sets out the terms and conditions of their employment. It’s a good idea to know what’s in their contract should questions ever arise around what they’re actually entitled to.

Regardless of whether your kid signs something or not, their contract cannot provide for less than the legal minimum, set out in Australia’s National Employment Standards, which covers things such as

While National Employment Standards apply to all employees covered by the national workplace relations system, only certain entitlements will apply to casual employees. For more information, check out the Australian Government Fair Work Ombudsman website.

6.    How to read your payslip so you’re across potential errors

Pay slips have to cover details of an employee’s pay for each pay period. Below is a list of what a pay slip typically includes:

Meanwhile, mistakes can happen, so if anything doesn’t look right, tell them to chat to their employer and if your kid has raised an issue they’re not satisfied with, they can also contact the Fair Work Ombudsman.

7.    How much super is coming out of your pay and if it’s correct

If your kid is earning over $450 (before tax) a month, no less than 9.5% of their before-tax salary should generally be going into their super under the Superannuation Guarantee scheme.

If they’re under 18 and work a minimum of 30 hours per week, they may still be owed super. For this reason, it’s important that they check their payslip and if something doesn’t look right, that they speak to their boss or contact the ATO.

8.    How to budget and save so you can get what you want in life

Budgeting may be another point that makes your kid’s eyes glaze over but jotting down into three categories - what money is coming in, what cash is required for the mandatory stuff and what dough might be left over for their social life (or saving for their future), could really go a long way.

If they’re paying off debts, or on a more exciting note, want to buy a car or go on a holiday, getting a grip on their money habits early on could see them get a lot more out of life.

Prev
Successful investing despite 115 million worries and Truth Decay
Next